On 02 July 2019, the National Council amended the Maternity Protection Act (Mutterschutzgesetz – MSchG), concerning how parental leave will be counted when calculating an employee’s total length of service. The employee’s length of service determines many of their entitlements, for example: notice periods, continued remuneration during illness, annual leave, and salary advances. The amendment will become effective on 01 August 2019.

Until now, the law stipulated that up to ten months of maternity leave must be credited towards an employee’s total length of service. Some collective agreements already contained provisions more favorable to the employee, stipulating that more time must be be credited. Pursuant to the new amendment, all parental leave taken must be credited towards the length of service (up to 24 months per child, which is the maximum parental leave entitlement). The amendment is not retroactive, and will only apply to parental leave taken on or after 01 August 2019.

For employers in sectors where the collective agreements already provided that more time must be credited than the minimum guaranteed under law (such as for retail employees), the amendment may not have any noticeable effect because they are already in compliance. However, there will be considerable financial changes in sectors where only the legal minimum was observed.

The Papa month was also adopted on 02 July 2019, granting all fathers a legal right to one month of leave after the birth of their child. This law will go into effect on 01 September 2019.

Until now, there was no general entitlement to early parental leave for fathers in Austria (“Papa month”). Only men who work in the public sector (federal employees and employees of most states) already had this as a legally established right. In addition, the collective agreements in a few sectors (such as for bankers and bank employees) already provide this opportunity. In general, fathers until now were only entitled to parental leave or parental part-time work after the protected period for mothers, which ends eight weeks after birth. However, it was also possible – even before the new law – for the employee and employer to agree on unpaid leave to begin at the time of birth. During the unpaid leave, financial support through the Family Time Bonus is also available.

The newly adopted “Papa month” now allows the mother and the father to care for their child together in the first weeks of life. It provides a statutory right to one month of leave that can be taken during the protected period (starting as early as the calendar day following the birth). According to current status, all of the following must be fulfilled for a valid claim:

During the “Papa month”, there will also be special protection against dismissal. It begins when the father notifies the employer of the birth, but no earlier than four months before the calculated date of birth, and ends four weeks after the Papa month ends.

The new “Papa month” provision will essentially apply to births starting on 01 December 2019, hence three months after the effective date. However, fathers are still entitled to take the “Papa month” for births occurring between 01 September 2019 and 30 November 2019, and – under a special provision in the law – the three-month notice requirement can be deceeded.

Employers should note that the “Papa month” is considered as supplementary to leave granted under the Paternity Leave Law (Väterkarenzgesetz– VKG) and cannot be offset against it. Taking a Papa month does not affect the entitlement to paternity leave.

(3) ECJ ruling on the recording of working time

Under the ECJ’s ruling dated 14 May 2019, member states must require employers to have a system for recording daily working time. The case arose from a complaint before a Spanish court concerning the lack of an internal system for recording daily working time. The ECJ explained in its reasoning that having a timekeeping system is necessary to verify how many regular and overtime hours were worked, and when.

According to the ECJ, the member states are responsible for the concrete implementation of the mandatory timekeeping systems. They are specifically responsible for implementing timekeeping systems that are objective, reliable, and accessible. Beyond that, the member states may specify the form and details, taking into account business size, or particularities of specific industries.

In Austria, the Working Hours Act (Arbeitszeitgesetz – AZG) already requires that actual working time must be recorded. It provides for oversight and compliance with other AZG regulations such as maximum working hours, rest periods, and breaks. Therefore, current Austrian law is almost fully in compliance with the requirements of the ECJ ruling.

However, certain employees have a less rigorous recording obligation under the AZG. Currently, employees who largely determine their own working place and hours (such as field representatives), or work mostly at home (home office), must record the total number of hours worked, but do not have to specify start and end times (“balance records”). This provision appears contrary to the new ECJ ruling. At the moment, we do not know whether or how Austrian lawmakers will react to adapt the law, but in our opinion, they will probably have to remove this exception so that employees working in the field or at home follow the same recording standards as all other workers. For the time being, the ECJ ruling does not change the rules that already apply to the way companies must record working time. It can be seen, though, as an opportunity to review existing timekeeping systems to ensure legal compliance and efficiency.

Jana Eichmeyer is a Partner in our Vienna office and heads of our dispute resolution & litigation" and employment practice groups. 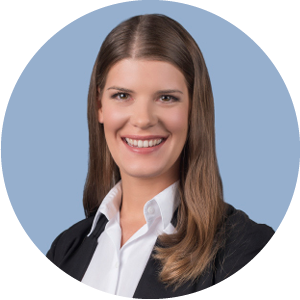 Karolin Andréewitch is an independent lawyer and substitute associated with our Vienna office. She is a member of the employment law and litigation practice groups.