Construction Contracts in the COVID-19-Pandemic

1.1 Over the past few days, the governments of Austria and many other countries around the world have adopted a number of far-reaching measures designed to contain, or at least slow down, the further rapid spread of the novel corona virus SARS-CoV-2, and the disease COVID-19 triggered by it, in order to prevent the health system from becoming overloaded because of an excessive number of patients requiring treatment at the same time. The aim of all these measures is to significantly limit contacts between people in physical proximity, and thus reduce the transmission of the virus.

1.2 These measures have an extensive impact on the economic life of businesses, both in terms of their contractual obligations and in their role as employers. This document summarizes how being in default under a construction contract can affect principals and contractors in the construction industry.

2.1 The contract between the principal and the construction company is the primary legal authority. The Austrian General Civil Code (ABGB) contains the default regulations for service contracts, but they are not mandatory and can be superseded by contractual agreement. In practice, the parties often choose to waive these provisions and expressly agree that ÖNORM B 2110 will apply (general contractual provisions for construction works and building services). Therefore, each construction contract must be individually assessed in order to determine which legal provisions apply.

3.1.2 The party responsible for the non-performance generally bears the economic risk:

(a) If the reason for non-performance is attributable to (within the sphere of) the principal, the construction company generally retains its claim to remuneration.[3]

(b) If the reason for non-performance cannot be attributed to the principal, the construction company generally loses its right to remuneration.[4]

3.1.3 A force majeure[5], such as, in our view, the current COVID 19 pandemic, cannot be attributed to either party.[6] However, this does not necessarily mean that all consequences of the pandemic will be considered as cases of force majeure, or that contractors are entitled to stop construction activities.

3.1.5 Given these general principles, each instance of non-performance must be examined to determine whether it is attributable to a party, or a neutral cause like force majeure. In our opinion, suspending construction activities would not currently be justified in every case. Only a close review of the facts can determine whether a contractor is legally obliged to take precautions against running out of building materials, regardless of the COVID 19 pandemic, making the reason for non-performance attributable to the contractor.

3.2.1 § 918 et seq. ABGB provide guidance where the fulfilment of a construction contract, or individual stages thereof, is delayed because of the current COVID 19 pandemic.[7]

3.2.2 If the contractor cannot meet the deadline in the contract, for whatever reason, the principal has, in principle, the right to withdraw from the contract or insist on performance.[8]

3.2.3 The customer can only withdraw after having given the contractor a reasonable amount of time to perform the work.[9] What is reasonable depends on the specific circumstances.[10] If the restrictive measures to contain COVID-19 last for a long time, a withdrawal will probably not be justified for at least several weeks thereafter, in order to give contractors reasonable time to complete their work.

3.3. Damages from withdrawal or delay

3.3.1 Under certain conditions, the client may be entitled to compensation for damage incurred, in particular

The damage calculation for the former is different from the latter.

3.4.1 The ABGB regulations mentioned above are not mandatory for construction contracts, which often contain several clauses to contract around and supersede the ABGB default provisions. Parties can agree on alternative ways to determine (i) who bears the economic risk of non-performance[14], (ii) the consequences of default[15], and (iii) any consequences of damages.

3.4.2 In order to determine the legal consequences of possible pandemic-related non-performance or delayed performance of a construction contract, the specific contract language must be analyzed.

4.1 Delay in performance of a construction contract

4.2.1 If the parties agree to follow ÖNORM B 2110, the contractual penalty for delay is limited to 5% of the original contract amount.[16] Under the ABGB, however, contractual penalties have no limit unless they are unconscionable (against bonos mores).[17]

4.2.2 Under ÖNORM B 2110, damage exceeding the contractual penalty is only to be compensated in cases of intent or gross negligence on the part of the contractor.[18] This contrasts with the ABGB approach.

4.2.3 If the parties mutually agree to extend a contractual deadline for performance, the contractual penalties they originally agreed upon continue to apply with respect to the new deadline. The newly penalized completion dates are to be expressly recorded as such.[19] This contrasts with the ABGB approach.

4.3 Change of regime for the consequences of delay in performance

4.3.1 Contrary to § 1168 (1) sentence 2 ABGB and the relevant case law[20], clause 7.2.1 no. 2 of ÖNORM B 2110 assigns the risk of delays caused by “force majeure” to the principal, if the causal events were not foreseeable, and could not be reasonably foreseen at the time the contract was executed, and are therefore not attributable to either party.

4.3.2 Attributing delays caused by “force majeure” to the principal means that in the event of delays the contractor is entitled to an extension of the performance deadline[21], and/or “compensation” and thus an additional claim for remuneration.[22] This has been affirmed by the case law also for work stoppages, for additional storage and transport costs, and for extensions of the construction period.[23] Of course, such claims for additional costs must be reported immediately, and, pursuant to clause 7.3.3 of ÖNORM B 2110, must be submitted to the principal in a verifiable form with the amount of the claim as soon as possible.

4.3.3 The facts of any given case must be analyzed in detail to determine how much care the contractor must exercise, and the extent to which it should take preventative measures, to limit the adverse consequences of the force majeure event.

5.1 This memo merely provides an initial, general assessment of the potential impact of the current situation. Because of the ability to contract around default law provisions, each contract must be individually reviewed in order to provide comprehensive advice on the consequences of non-performance or delay on a case-by-case basis. 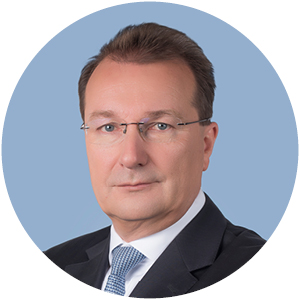 Mario Spanyi is a partner in our Vienna office and head of the white collar defense practice group, es well as a member of the dispute resolution & litigation practice group. 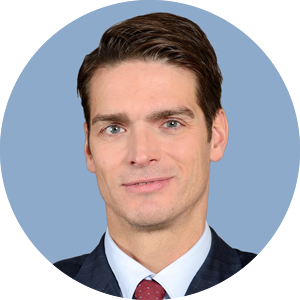 Marco Steiner is a partner in our Vienna office and a member of our corporate and M&A practice group, as well as the real estate practice group.